We Are In This Together

Goals
European solidarity now, in the interest of all Member States

We are in this together (weareinthistogether.eu) initiated by Sven Giegold, a member of the European Parliament, calling on the people of European countries to unite in the Covid-19 pandemic. The movement spread quickly on Twitter with the hastag #WeAreInThisTogether and today more than 20,000 people have signed up to join the movement on the site.

This petition has been initiated by Sven Giegold MdEP, Franziska Brantner MdB and Alexandra Geese MdEP.

Sven Giegold have been a member of the European Parliament for Bündnis90 / Die Grünen NRW since 2009. Sven Giegold the spokesman for the German Greens in the European Parliament, chairman of the green parliamentary group in the Committee on Economic and Financial Policy and a deputy member of the Committee on the Environment, Public Health and Food Safety.

Franziska Katharina Brantner is a German politician of the Green Party. She was a Member of the European Parliament (MEP) from 2009 to 2013, and since 2013 she has been a member of the German Parliament.

The Greens/European Free Alliance is a political group in the European Parliament made up of Green, Pirate and Independent MEPs as well as MEPs from parties representing stateless nations and disadvantaged minorities.

In this form, the group was established in July 1999, when these two progressive European political families agreed to join forces in the European Parliament.

The Greens/EFA project is to build a society respectful of fundamental human rights and environmental justice: the rights to self-determination, to shelter, to good health, to education, to culture, and to a high quality of life; increase freedom within the world of work, not only by tackling unemployment but also by widening people’s choices, releasing human creative potential ; deepen democracy by decentralisation and direct participation of people in decision-making that concerns them, and by enhancing openness of government in Council and Commission, and making the Commission fully answerable to Parliament; build a European Union of free peoples based on the principle of subsidiarity who believe in solidarity with each other and all the peoples of the world; re-orientate the European Union, which currently over-emphasises its economic conception at the expense of social, cultural and ecological values.

Campoal (conikal.com/campoal) is used to build the website for this movement, the system has been optimized to handle hundreds of signatures per second.

The template is really nice and offers quite a large set of options. It’s beautiful and the coding is done quickly and seamlessly. Thank you!

Head of IT department 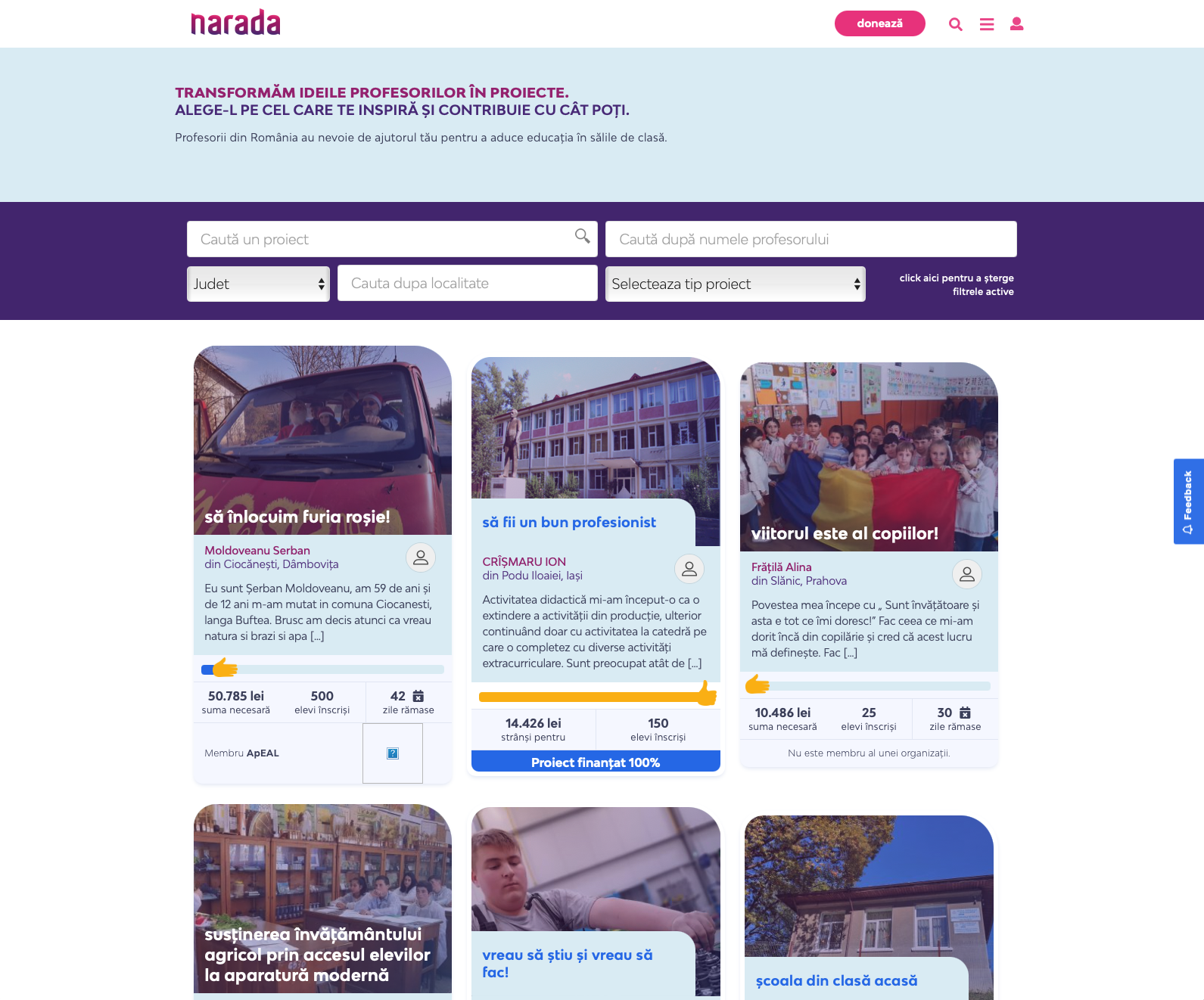 Crowdfunding platform for teachers’ ideas in Romania. Choose the project that inspires you and contribute as much as you can. A team of entrepreneurs, managers and action people who over time have grown pioneering business projects in their fields of activity. Narada understood that education is the basis of any progress and that if the… 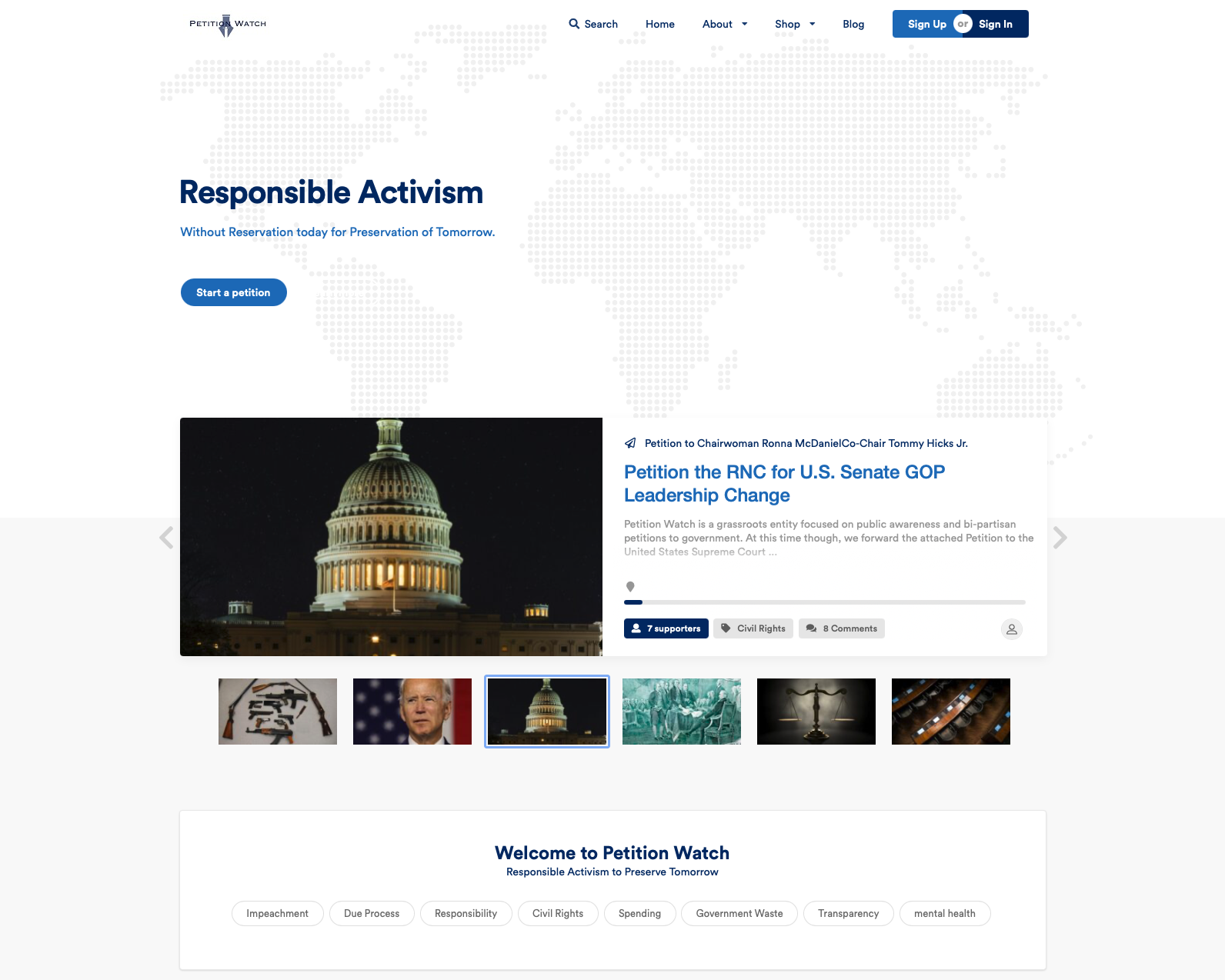 Petition Watch is an organization of Responsible Activism and our Mission is to cultivate productive legislation while protecting our Constitution well into the future. As quickly as politicians disregard our rights, we must be more responsive and poignant. When an issue surfaces, we spring into action and write petitions on the matter for immediate publishing.  When a… 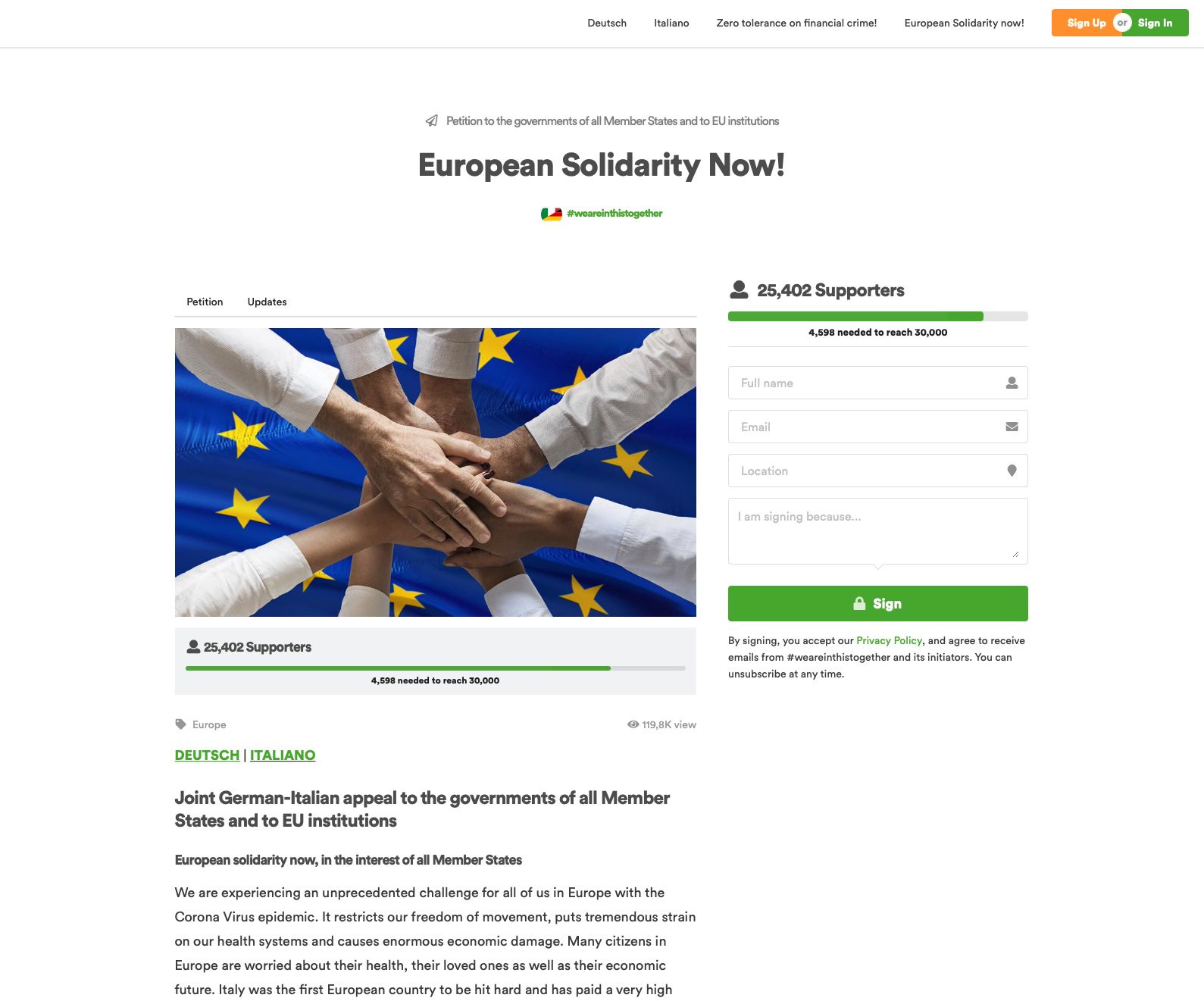 We are in this together (weareinthistogether.eu) initiated by Sven Giegold, a member of the European Parliament, calling on the people of European countries to unite in the Covid-19 pandemic. The movement spread quickly on Twitter with the hastag #WeAreInThisTogether and today more than 20,000 people have signed up to join the movement on the site….

Read Story
We use cookies on our website to give you the most relevant experience by remembering your preferences and repeat visits. By clicking “Accept”, you consent to the use of ALL the cookies.
Cookie settingsACCEPT
Manage consent